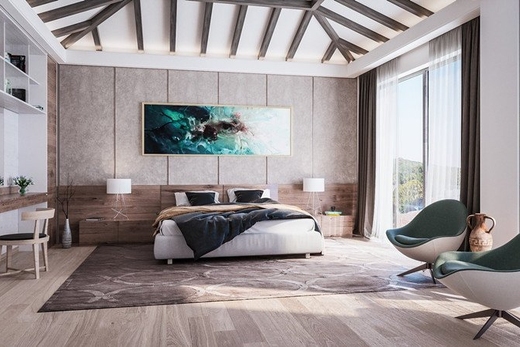 It is a prestigious area which is gated and secure. Properties in Sierra Blanca Marbella are known are known to be of the highest standard .There are Modern luxury villas located in this exclusive areas. In addition there are some exclusive developments which consist of apartments, townhouses or smaller villas such as Meisho Hills Sierra Blanca, Cascada de Camojan and  Mansion Club .

Properties located in this exclusive and sought after area offer landscaped gardens or mature gardens. Just imagine seating by the pool in your villa in Sierra Blanca with views of the Mediterranean. Due to the elevated situation of Sierra Blanca most properties offer stunning sea and mountain views. South facing property will offer incredible views of the Mediterranean Sea.

Sierra Blanca homes available for sale tend to be priced amongst the highest in property price. This is mainly due to Sierra Blanca being an exclusive area, a gated community, properties being built to the highest standard with fitted kitchens and spacious living area amongst other reasons. Also the area is a short drive from the urban centre of Marbella, Puerto Banus, The Marbella Golden Mile and the beaches.

If you want to buy properties further interior in the Malaga province please have a look at list of properties Alhaurin El Grande spain.

Why Real Estate in Sierra Blanca Marbella is Unique ?

The Marbella area is comprised of many elegant and magnificent areas such as Marbella Golden Mile, Nueva Andalucia, La Zagaleta, and Guadalmina juts mentioning a few. Sierra Blanca is one of those areas and real estate in Sierra Blanca is sought after and bought by people from around the world who are searching for the ultimate living that the Marbella area offers.

Being situated just above the Marbella Golden Mile and a within a short walk to the beaches of Marbella make Sierra Blanca homes very popular. You will find some of the most beautiful and elegant properties of the area in Sierra Blanca ranging from villas, apartments and townhouses .

Sierra Blanca Properties Offer So Much

If you are thinking about buying property in Marbella you probably already know the benefits of living in the Marbella area. The Marbella area offers the best climate in Europe , plenty of sunshine and beautiful landscape. Having all these benefits in addition to living in an area such as Sierra Blanca that offers magnificent properties in an exclusive area makes living in the area even more attractive.

The range of properties in Sierra Blanca are varied and you can find villas, apartments , plots and townhouses available for sale in the area. Due to what the Sierra Blanca  area offers properties tend to be more expensive but that is expected from such an exclusive area.

As with other areas of Marbella each area is composed of even smaller sections. Balcones de Serra Blanca is one of the sections that makes up the greater area of Sierra Blanca. Being situated in such an magnificent and affluent area with green and lush landscape makes living in Balcones de Sierra Blanca truly alluring.

Balcones de Serra Blanca offers property buyers villas and townhouses situated next to the La Concha Mountain. In addition you will have many of the benefits of the Sierra Blanca such as  living in a gated and secure complex with amazing views of the area and within a short drive to the Marbella Golden Mile and all the beaches located there.

Plots for Sale in Sierra Blanca

Sierra Blanca has been gradually developing over the years and due to the benefits of the area there is great demand for land and plots for sale in Sierra Blanca. Due to the elevated position of Sierra Blanca most plots offers amazing views of the Mediterranean Sea and La Concha Mountain. As you can imagine due to the quality of area there is shortage of good plots and good ones can be expensive.

Villas for Sale in Sierra Blanca

You can find some of Marbella´s most luxurious villas in Sierra Blanca. The exclusive gated community includes many luxury villas built to the highest standard offering sea and mountain views. A south facing villa with mature gardens and breath-taking views of the Mediterranean Sea can be the dream property.

Although Sierra Blanca mainly consists of luxury villas there are also apartments and townhouses available in this exclusive area of Marbella.Developments such as Meisho Hills offer contemporary designed townhouses with landscaped gardens and 360 degree views towards the sea and mountains.  You can also perhaps decide to buy an apartment for sale in the development of Mote Mayor. This development offers 2 & 3 bedroom apartments with stunning sea view and is just a short drive from the Marbella Golden Mile or as the local call it “La Milla de Oro”.

For sale For rent Search